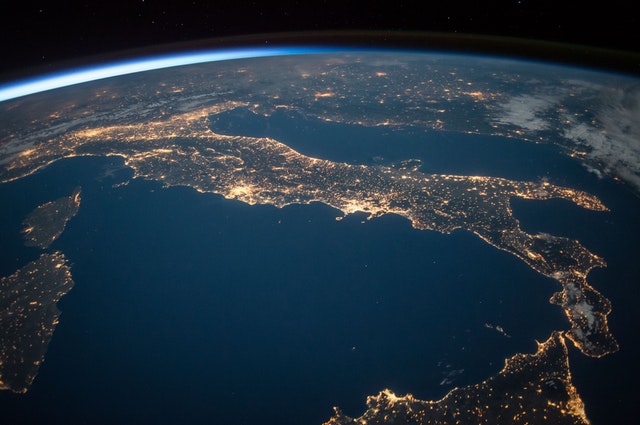 At the beginning of 2012, it was in the news that someone was predicting the world would end right around December 21, 2012.

This date corresponded to the end of the ancient Mayan Calendar. It would have run 5,126 years, beginning in the year 3114 B.C.. Do the math and you arrive at the year 2012.

Folks were saying that this likely meant the end of the world, or some new “cosmic shift” or “age of enlightenment” that would soon take place.

In response to the flurry of interest in the ending of the Mayan Calendar, NASA scientists declared, “Nothing bad will happen to the earth in 2012,” claiming that there is no science or evidence for such claims and that they are all “fictional assertions”. (Read more here.)

It seems that there are never any shortages for people predicting that the world is going to end on this date or that date.

Here’s what Jesus said about the matter:

It’s been a question that many, if not most, have considered.

When will the world end? Will it ever end? Could there ever be a cataclysmic event of the face of the planet that would wipe out life and civilization as we know it? What if we get hit by an astroid? What about a nuclear or biological war?

How will the world end?

Revelation answers these questions. It tells us God’s end game.

In the gospels we see that Jesus, the Son of God, comes in humility. In Revelation, we see Him come in Glory.

At the beginning of his ministry, Jesus was in a synagogue and, in telling people why he came, he read from the book of Isaiah, chapter sixty-one.

“The Spirit of the Lord God is upon Me, Because the Lord has anointed Me To preach good tidings to the poor; He has sent Me to heal the brokenhearted, To proclaim liberty to the captives, And the opening of the prison to those who are bound; To proclaim the acceptable year of the Lord, (Isaiah 61:1-2).

And he stopped there – he stopped in mid-sentence!
But the Isaiah passage goes on to say, “And the day of vengeance of our God…”

The first time Jesus came, he came as a man and lived among us. The second time he comes, it’s going to be a very different. He is not coming as man, but as the Ruler and Judge of the earth – to proclaim the day of vengeance of our God.

That’s what the book of Revelation is about–the vengeance of God, the end of our present world, and the consummation of the new world.

In future articles, we will look at some common ways that the book is interpreted, and we’ll dig into some of it’s teaching.

I’d love to hear your thoughts. Scroll down and leave a comment. Let me know if you’ve read Revelation and what difficulties do you have in understanding it.