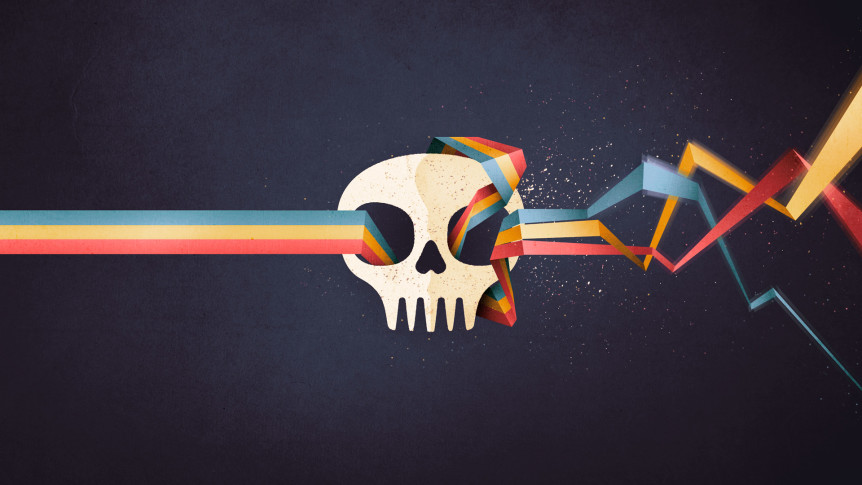 One of the big questions that people have is “What happens after I die?” Maybe you’ve asked that question.

Some believe in reincarnation, that you will come back into this world, perhaps as another life form or in a different body. This is a common belief in Hinduism, Buddhism, and many other eastern religions. Some people believe in a place called purgatory, a sort of holding tank before you are allowed to go to heaven. Others believe that all good people go to heaven and bad people go to hell. Still others believe that you simply cease to exist..

There’s been some talk in our culture in recent years about people who have Near Death Experiences (NDE’s) and supposedly spend some time in heaven or seeing a great light or having a feeling of peace.

An article in Macleans that deals with this topic ended with a fascinating quote that reveals a bit of where our culture is at regarding the afterlife.

Ordinary sinners increasingly don’t believe that they deserve judgment, let alone hell. Theists and atheists alike dispute any earthly authority’s right to judge, and both feel NDEs give them reason to hope for something beyond the grave. And many believers confidently expect that God isn’t judgmental either. (link)

That’s significant, especially if it sums up what many in our culture believe about death: that God isn’t judgmental.

God is judgemental. Actually, He has committed judgement to His Son, Jesus (John 5:22).

But the beautiful thing is that all of your sin and my sin was judged on the cross. Forgiveness is here! We are living in an age of grace!

Death is in the world as a result of sin.

If you have accepted Jesus as your Forgiver, than you will not be judged, but will enter into eternal life.

If you have not accepted Jesus, then you will be judged.

The Bible clearly teaches that after death, comes judgement: “Indeed, just as people are destined to die once and after that to be judged,” (Hebrews 9:27)

After judgement, comes hell for the unbeliever, and heaven for the believer.

Hell was created for the devil and his angels (Matthew 25:41).

No one has to go to hell. Call on the name of the Lord and you will be saved?

What happens after death comes down to a decision? What is yours?

Start the discussion in the comments. What do you think?